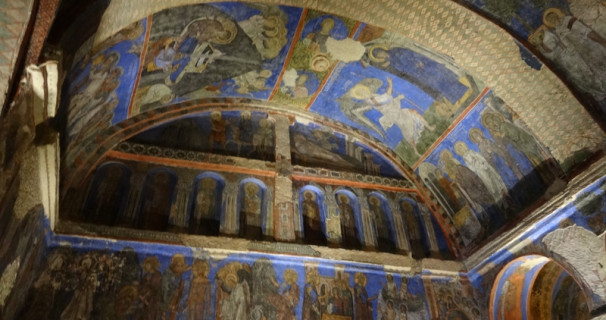 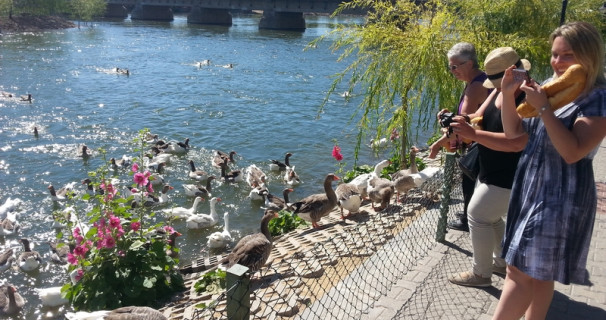 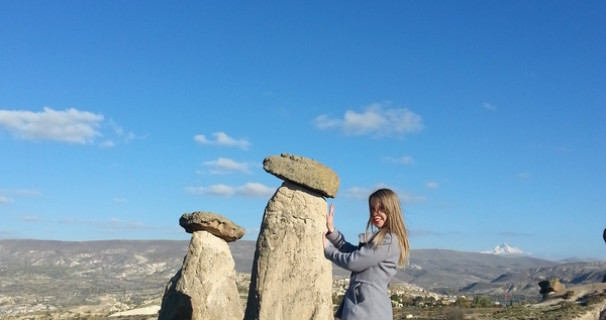 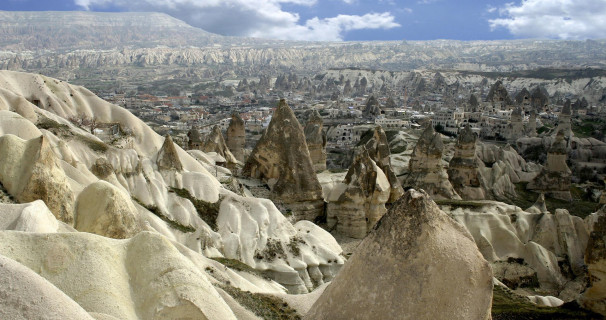 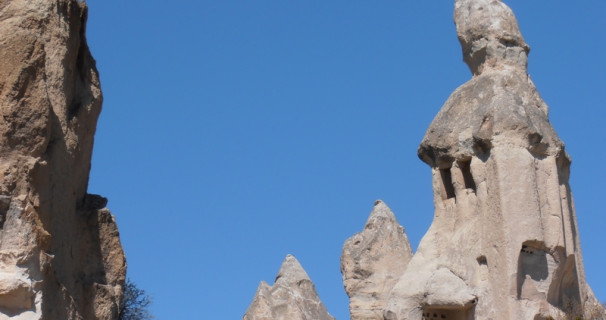 10:00AM We will collect you from your hotel and depart to explore following destinations 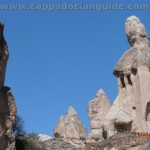 Uchisar Castle is highest point of Cappadocia and it is a border between South and the North Cappadocia, you can get chance to see tableland of South and Bumbyland of North! The Castle has been used for multi purpose;

Main Purpuse was watch out for the enemies, eastern side is for cave houses to take advantage of morninglight, western side ”Food Storages” , Northern side ”Dovecotes” to collect best fertilizers” 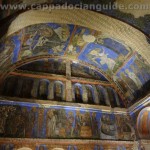 There is manythings to say about Goreme Open Air Museum but briefly, it is the place where the St. Basil The Great founded his Monasticism and created the first diciplined monasticism in Christianity.

Goreme Open Air Museum is famous with its cave churches where you can see the best preserved frescoes from 6th to 12 Centuries. Apple Church, Sneake Church, Dark Church….

Pasabagı is one of the highlights of Cappadocia where you should been there to say you been in Cappadocia. You will see there one by one formation of rocks. Beginning, Evolution, Ripening and Ending steps of Mushroom Shaped rocks.

Immaginations Valley is famous with its rock formations which will remind you the first ”Star Wars” movie. Every each rock looks like some animals, human like Lizard, Pigeon, Seal, Napoleon Hat … but one of the most famous rock is the rock which is looks like a Camel. 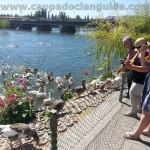 The longest river in Turkey ( Redriver) is passing trouh from Avanos and here is famous with pottery making since Hitit Priod ( almost for 4000 years). Firstly we will feed the ducks on river while we crossing the river by using Chain Bridge, then we will watch and try pottery making. 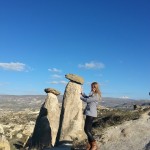 Urgup Fairy Chimneys are the symbol rocks of Cappadocia. They are famous with there caps and one of them inclined like ”PizzaTower” in Italy and need your support!!!

EUR 40
Late Depart , No Repeats, One Each, Less People Of Group, More Professional and Multilingual  Local Guide…. Means Comfort Cappadocia Tours. You will get more time to explore most popular destinations of Cappadocia because you will be in a less people of group...
← PreviousNext →